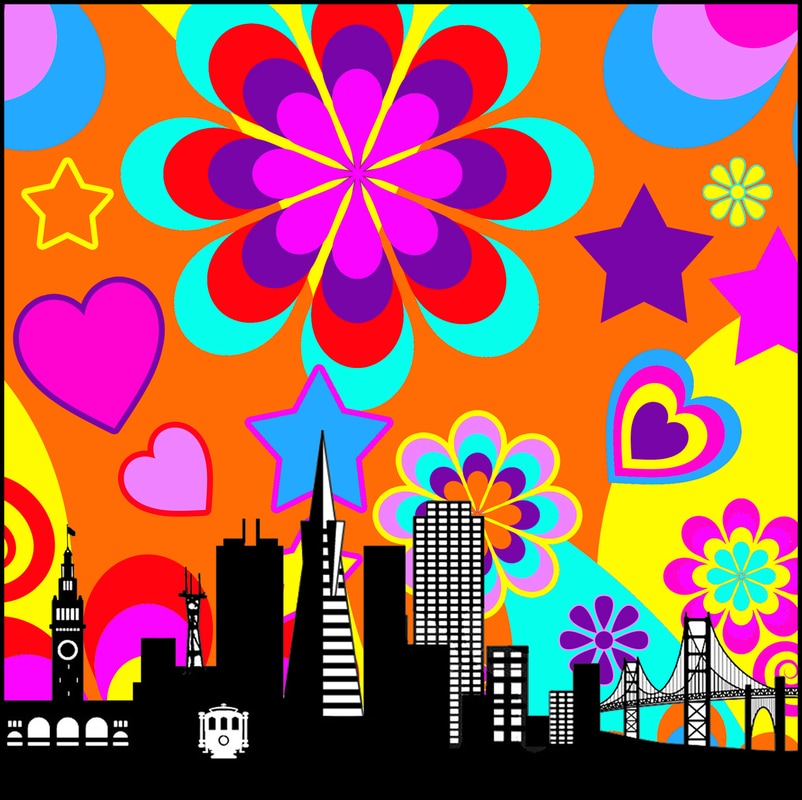 The year 2017 marks the 50th Anniversary of the Summer of Love in San Francisco.
The Summer of Love refers to the summer of 1967, when an unprecedented gathering of as many as 100,000 young people converged on the Haight-Ashbury neighborhood of San Francisco, creating a phenomenon of cultural and political rebellion. While hippies also gathered in New York, Los Angeles, Atlanta, Chicago, and across Europe, San Francisco was the epicenter of the hippie revolution, a melting pot of music, psychedelic drugs, sexual freedom, creative expression, and politics. The Summer of Love became a defining moment of the 1960s, as the hippie counterculture movement came into public awareness.

During the Summer of Love, as many as 100,000 young people from around the world flocked to San Francisco's Haight-Ashbury district, Berkeley and other San Francisco Bay Area cities to join in a popularized version of the hippie experience. Free food, free drugs and free love were available in Golden Gate Park, a Free Clinic (whose work continues today) was established for medical treatment, and a Free Store gave away basic necessities to anyone who needed them.

The Summer of Love in 1967 also presented a recognition of great music during that summer. Although I don't consider myself a hippie, I did have friends who considered themselves a hippy.  This period of time although many from the 60s generation did not recognize or support it, needs to be recognized here on this site because it was a part of the 60s generation history.

The ever-increasing numbers of youth making a pilgrimage to the Haight-Ashbury district alarmed the San Francisco authorities, whose public stance was that they would keep the hippies away. However Adam Kneeman, a long-time resident of the Haight-Ashbury, recalls that the police did little to help, leaving the organization of the hordes of newcomers to the overwhelmed residents.

College and high-school students began streaming into the Haight during the spring break of 1967. City government leaders, determined to stop the influx of young people once schools let out for summer, unwittingly brought additional attention to the scene. An ongoing series of articles in local papers alerted national media to the hippies' growing momentum. That spring, Haight community leaders responded by forming the Council of the Summer of Love, giving the word-of-mouth event an official-sounding name.